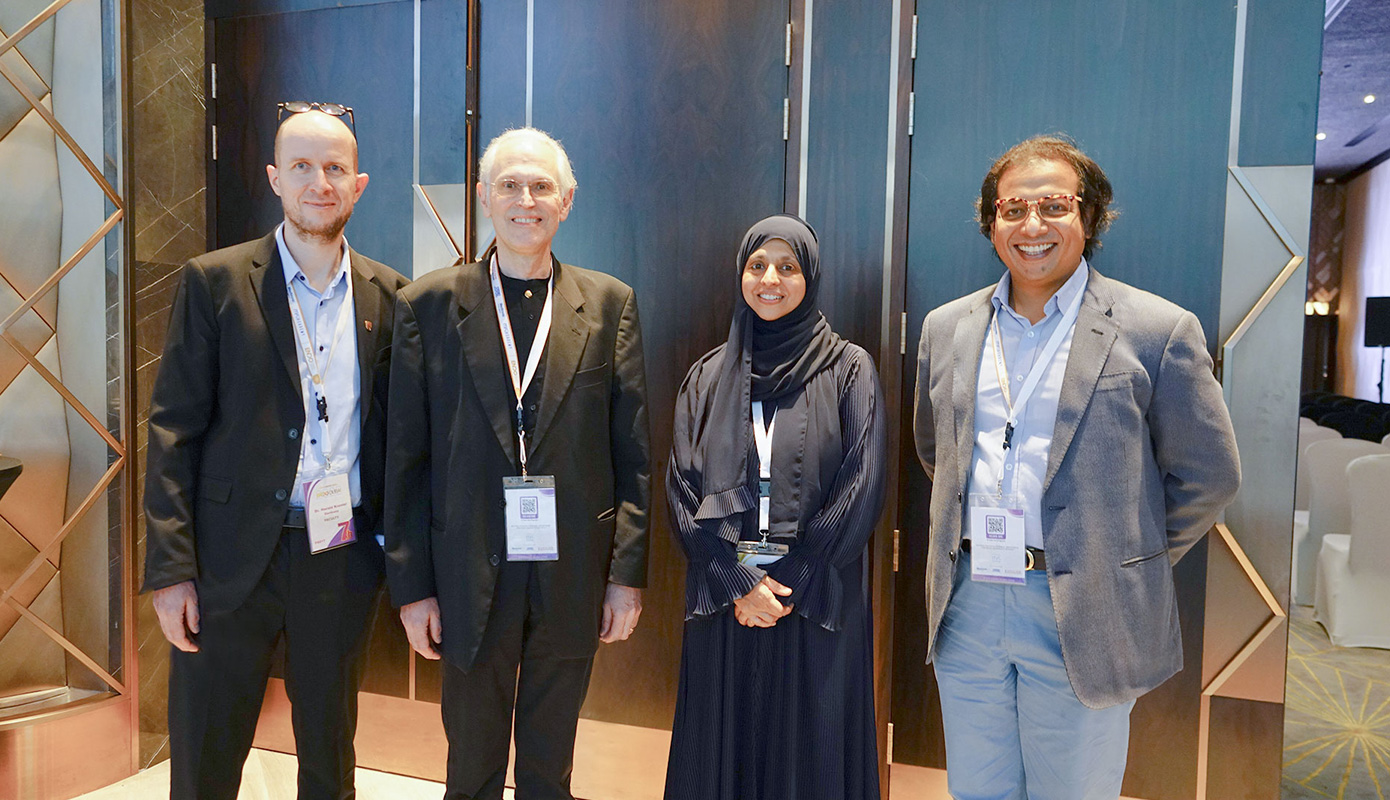 ENDO Dubai, a leading scientific event in the field of gynaecological surgery endorsed by the Dubai Health Authority and a project of MIS Academy, welcomed over 900 gynaecologists, general surgeons, endocrinologists, internal medicine practitioners, as well as health administrators and legislators from around the world across three days in Dubai to discuss the latest and best practices available in the industry. As part of the unmissable gathering, a fibroid weighing 500 grams has been successfully removed from the uterus of a 37-year-old patient in a live keyhole surgery performed by Doctor Rajesh Devassy, a world pioneer in minimal-access myoma surgery, at Dubai London Hospital.

The Dubai-based patient has been suffering from symptoms including severe bleeding resulting in anaemia and weakness for 10 years. Location of her fibroid was also very critical resulting in a high chance of bleeding and even the removal of her uterus. In a minimally invasive surgery performed by Doctor Devassy with the support of his trained team, the tumour was removed in less than one hour, allowing the patient same-day discharge, faster recovery and most importantly preservation of her uterus that maintains her ability to conceive. 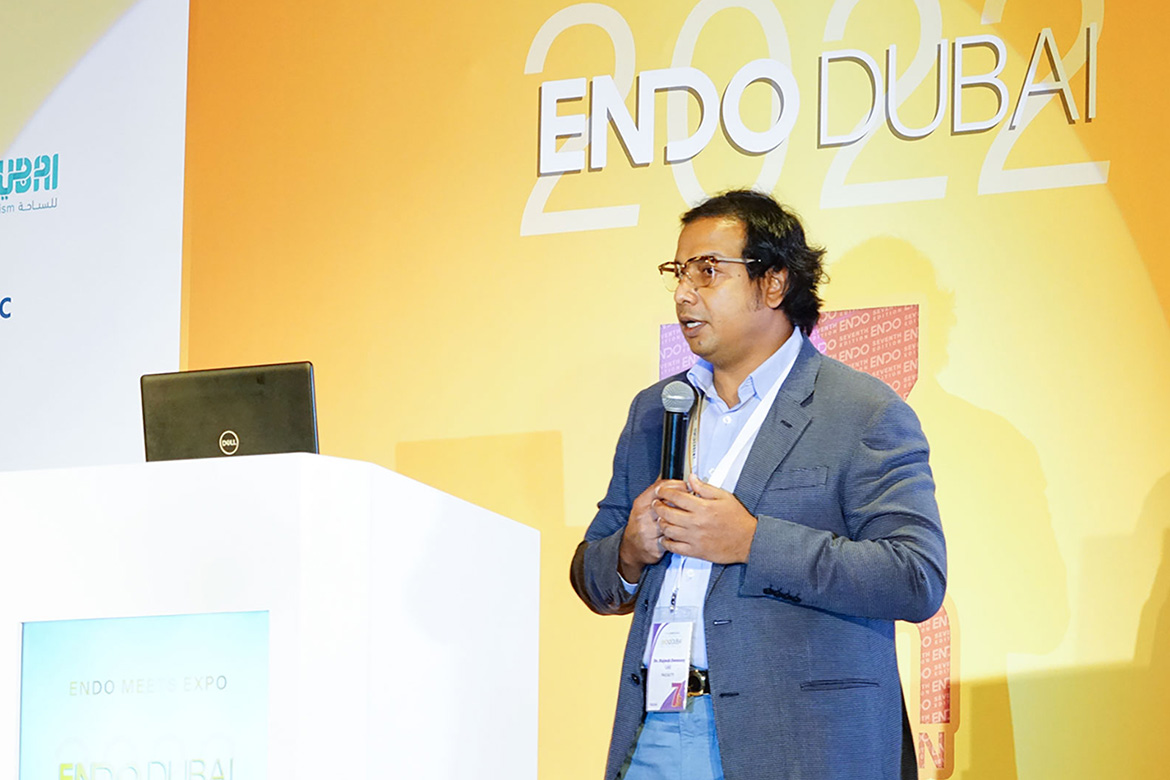 The live surgery performed at Dubai London Hospital is part of a larger offering at ENDO Dubai that brings together both aspirants and practising professionals of Gynaecological minimal-access surgery to share knowledge and learn more from world key opinion leaders such as Professor Arnaud Wattiez, Founder of ENDO Dubai and Head of Gynaecology Department at Latifa Hospital; Doctor Muna Tahlak, Scientific Committee Chair of ENDO Dubai and CEO of Latifa Hospital; and Professor Revaz Botchorishvili, President of ENDO Dubai Congress, Consultant Obstetrician & Gynaecologist at Estaing University Hospital, and Director of the International Centre of Endoscopic Surgery, Clermont-France; Doctor Devassy, who heads the Department of Obstetrics, Gynaecology, Centre of Excellence in Minimal-Access Surgery and Oncology at Dubai London Hospital; and Professor Rudy Leon De Wilde, Director of the European Society of Gynaecological Endoscopy (ESGE) and Director of University Hospital for Gynaecology, Oldenburg, Germany. The latter two are both founders of the International Consensus Meeting on Advanced Gynaecological Minimal Access Surgery (ICAGE) that has been at the forefront of education in this field for 12 years. For the first time ever, ICAGE has joined forces with ENDO Dubai to design a unique, rich and diverse program with a focus on improving the standards in minimal-access surgery across the region.

“While ENDO Dubai has been a truly meaningful meeting of minds, we also want to take this opportunity especially on the occasion of International Women’s Month to raise awareness on uterine fibroids as a very common problem for females, with 50% to 60% of the cases needing medical attention. Fibroid surgeries are the second highest after breast surgeries. It is very important that these abnormal growths on or in the uterus are detected at an early stage. Women should not fear the treatment as we’ve made huge advancements towards simplifying them. And in more complicated cases, minimally invasive surgeries are widely available and can be done with high precision and full preservation of the uterus,” says Doctor Devassy. 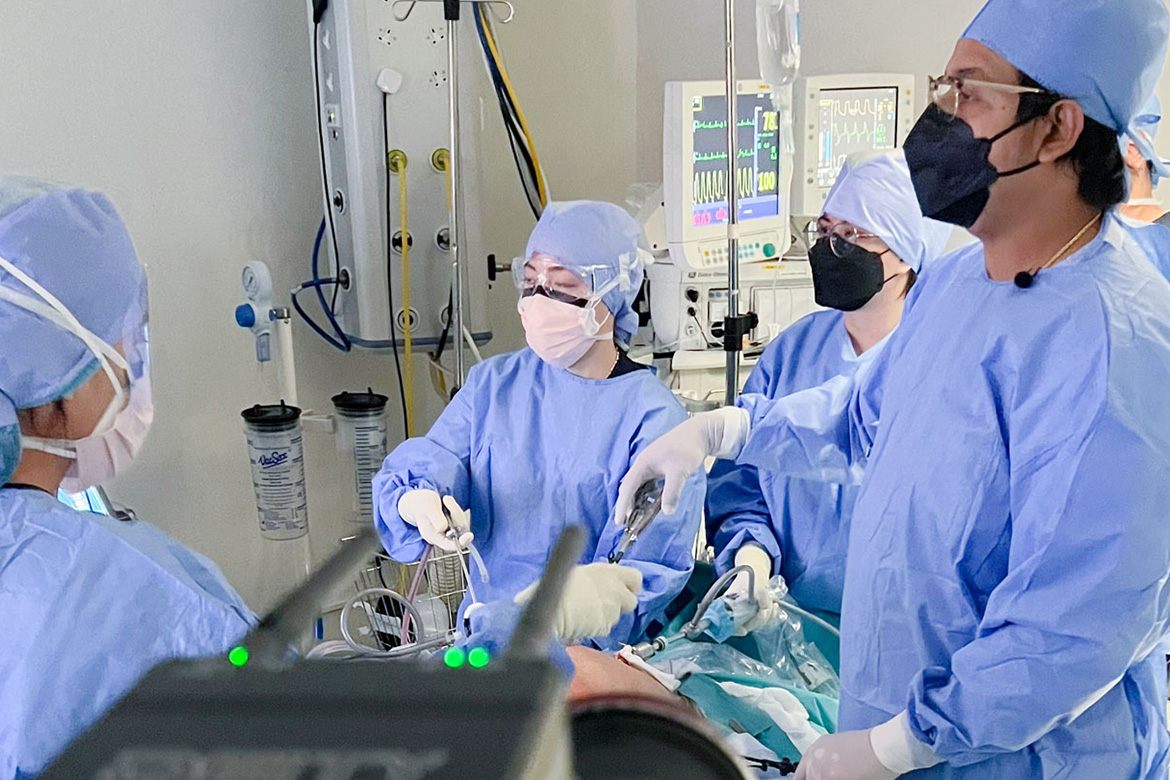 Doctor Devassy has performed over 38,000 Laparoscopic Surgeries including the removal of a giant 4.7kg tumour from the womb of a patient at Dubai London Hospital. Some of the largest known fibroids are at around 3.4 to 3.5kg; therefore this case was reportedly among the largest published in the world.

While fibroids do not pose life-threatening concerns, they can significantly impair a woman’s quality of life. If experiencing symptoms such as persistent pelvic pain, heavy menstrual bleeding that can lead to anaemia, pressure in the bladder causing frequent urination or difficulty in emptying the bladder, women are encouraged to seek immediate medical attention.

“We are supportive of conferences like this that allow our medical practitioners to share knowledge and the latest advancements in medical science in order to uplift the entire industry. It aligns strongly with Dubai London Hospital’s commitment to deliver the best care possible in a bespoke healthcare setup and to provide our patients the most comfortable and fastest recovery process,” Mr. Bharat Ratteshwar, Executive Director, Dubai London Hospital shares.